If you count a day being the period when you are awake. I had 3 bbqs on Saturday!

First at lunch, second for tea before heading out and then in the early hours of Sunday morning for snacks.

Tomorrow night i'm supposed to be going out with the Barnes rugby lot to celebrate us winning the league and to have a general get together / prize giving before the off season starts.

It's a Bavarian beer just off Old Street.

http://www.bavarian-beerhouse.co.uk/
Check out the animated gif at the top of the page...

I've been there before and it is a laugh but not sure if i'm in the mood. I guess I might feel differently tomorrow though.

I've got the flat to myself for the whole weekend too as both Becky and Liz are away. Sometimes I like having a bit of time to myself.

On Saturday i'm supposed to be going to see The Daves at Borderline (Tottenham Court Road) with an old friend from Lloyd's.

Boz is off to Nepal again so it'll be a pre-final send off drink. It'll be a laugh but we haven't confimed yet and we're out next Thursday anyway to see a Hendrix cover band.

Sunday no real plans although Steve mentioned something to about the possibility of a bbq so seeing as I can't resist I imagine April and I will mosey on down to Wimbledon for the afternoon.

In case you're wondering, this is Barbeque Bob. Front man for the Rhythm Aces. 14th picture along when searching for a picture of a barbeque using google images with the safe search turned on
No comments:

It's the second of the semi finals of the Champions League tonight. I think Liverpool can go through over the two legs but it'll certainly be tough. If we can get a scoring draw at Stamford Bridge tonight we'll go through next week in the return leg at Anfield.

Shaheen's coming up from Canterbury after work so i'm heading over to Victoria to watch the game with him. The problem there is that i'll be getting the district line home, that's when all the Chelsea fans will be coming out of the stadium and be using my line. Dirty scumbags!

Wish me luck.
No comments:

It's an ex Holmes Place gym (so very nice) but they've now been bought out by Virgin Active. It's part of my benefits so I thought I may as well make the most of them. I really should use this one at though especially seeing that now the rugby season's finished. Saying that, we're now entered into a 7s tournament so that should be good for me too.

They're paying £300 towards the annual membership so not bad.

I really should have used my gym at my old flat more seeing as it was less than 200m from my door so now that i'm actually directly paying for it now I will give it a real go. My home gym is at Tower Bridge but I can also use the one in Putney too so there's now good excuse. April doesn't believe that i'll use much it but we shall see.

On Friday I went to a friend’s leaving drinks (Lloyd’s), a good turn out but not nearly as good as mine. I think I had the best part of 60 people.

Saturday I went for lunch at the Jolly Gardener with Steve and April, then drove all the way back to Corby for my cousin Joely’s 18th birthday party. Luckily Steve was driving and April had lent me here laptop for the weekend so I was able to play FM for both journeys.

I went round my dad’s for a bit to have a look through all my stuff that was up in his loft. I found my bendable Watto, old Reading uni photos and letters and a litre beer glass.

We eventually got to the Corby Supporters Club for the party at around 7:30, it wasn’t very busy at that point but it certainly filled up later. One good thing about the place was that it had a barrier around the bar which created a queuing system. Excellent! Why doesn’t every bar have one of them?

When it came to giving our cousin the card and present we hit a stumbling block, we were told she was sitting by the table by the bar but when we got there, there were 15 almost identical 18 year old girls all done up for a night on the tiles. Luckily Joely recognised us which saved us a lot of embarrassment.

It was a good night really as 5 out of 7 of my Mum’s brothers and sisters were there which was nice as we rarely all get together like this.

After the do, we went to what used to be Mr Ques but is now a night club, in there we saw a few of the older rugby lot so it was a good laugh too. I left at around 12, but Steve didn’t get in till 5:30. He ended up having a few more drinks round my Auntie’s.

Sunday was chilled out, I finally got back to London at about 2, then lay on the couch all afternoon till I ordered a takeaway then watched 24 (which was excellent) with April before having an early night.

Overall it was a good weekend but I can’t help feeling like I didn’t really have one. I think all that travelling has taken it out of me. I do not know how I did it for rugby for so long in the past.
No comments:

I'm going to book tickets for Bill Bailey for myself and April tomorrow morning.

I'll give you all a buzz in the morning to let you know how much it costs but i'll book them. You can pass on the money later.

I'm actually back this weekend for my cousin's 18th so can meet up on my home if you want and you can pay me.

Ian, you can have your axes back too.
No comments:

April's left her apple laptop round mine so I thought i'd have looksee around the old internet thingy. Whilst i'm here I may as well update my journal.

Currently sitting on the sofa watching the footy with a beer in my hand.

Ignore the seriousness of the case and focus on the first part of the last sentence.

He denies two charges of administering a poisonous or noxious substance with intent to injure, aggrieve or annoy.

Although I don't do any administering of poisonous or noxious substances, unless alcohol is included, I have on occasion been known to annoy.

What's the world coming too if you're not allowed to annoy anyone? That's half the fun. Maybe i'll get an ASBO...
No comments:

Our air conditioning has stopped and we're all sweating like sweaty things.

We had the final of our end of season play-off on Saturday. We ended up winning 45+ - 0! Ha, ha! We are far too good for the league so it was only a matter of time really.

Hopefully next year will be a bit more of a challenge.

You'll all laugh when finally the picture of the cup turns up on my moblog. It's massive...

Warning, this blog may contain profanities

Tim O'Reilly can fuck off! 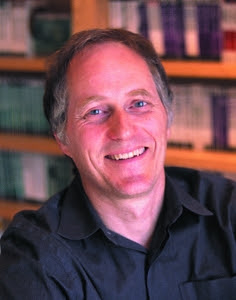 Does exactly what it says on the tin.
No comments:

What a beautiful day...

What a great day and what a wonderful way to end a lovely weekend.

I can't fault the weather it's been unseasonally warm, 20 since Thursday and according to BBC it's set to continue all the way till next Friday at the very least. I really do feel better when it's nice outside.

Thursday I was let out at work at 3pm, which was good considering I had a two hour lunch break. It was the last day before his wedding of a old work colleagues wedding so we had lunch time beers over in Leadenhall Market. In the evening we'd hired a couple of pool tables in a city pub so about 15 of us amused ourselves with beer and playing rubbish pool. I ended up going home for a curry with April at about 9.

The girls (flatmates) were both away all weekend so we had the place to ourselves all weekend. On Friday we went for lunch at a cool bar called Moombar then bought a tool kit and a bbq, see moblog.

Saturday, went back to Moombar for breakfast then bought some bbq food from an organic meat stall in Putney. Still no gas though so Steve came over to give us a hand in finding / taking it home. No luck.

Sunday we went for a long walk around the North and South banks between Barnes and Putney, stopping off at a few of the lovely pubs along the way.

Today I am determined to finally find some gas so am on an internet search for shops that sell it. Hopefully the camping shop Millets on the High Street will have some, it's either that or traipsing over to a B&Q or something.
No comments: