I'm off from work again today. Still don't feel well at all. I've got a fever, am clogged up, really achey and have a cold back. Boo, hoo!

I made it in to work today, just. But left at1 as I felt rubbish. No better now that I'm home either. Boo.

A small sample of egg boxes taken from a local supermarket in Germany was found to contain horse eggs.

Feeling a bit off colour today. I've been on a course today and will be again tomorrow. There's 8 of us in a fairly small room so I hope they don't catch it.

I'm on a management course just off Upper Street, (Angel) in what used to be an agricultural trading room. Impressive building, like a small Earls Court or Olympia.

That's a lot of work for that tiny Henry Hoover. 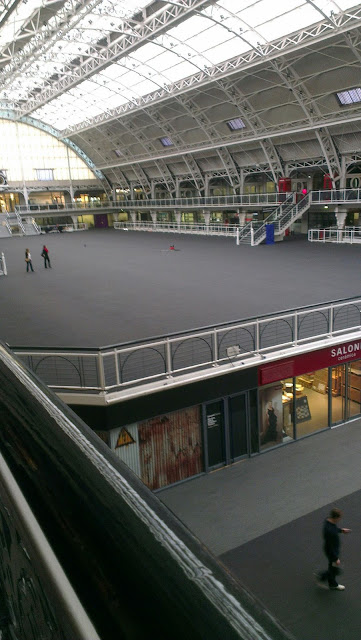 Will I be able to get a second use out of the sledge we bought earlier in the year? Doubt it, it's been snowing for most of the night and again this morning and has settled to form no more that a sprinkle.

Ross has called off late. He's moved sites (somewhere near Bristol) and he's snowed under with work.  He was supposed to head down to Shaz's today so that we could meet his girlfriend Penny.
I think we're going to have to have a chat with him again about work/life balance. Most people have times when work has to come first, but it can't be the norm. I've even had to do a few extra hours at work these past few months, peaking at a high of working all night with no sleep. But that is hardly a regular occurrence. We've been trying to meet Ross's other half for years now but for one reason or another he's never got round to sorting it out.
My weekends are fairly packed over the next few months so good knows when well catch up again.

I went to what could be my last physio appointment today. Verdict: my hand strength is almost back to where it should be. Movement is pretty good. Only problem is the pain. I've been told to give it another month or so and if it's still not sorted then to see the specialist doctor again.

Fingers crossed... If it doesn't get better they may need to replace the knuckle! 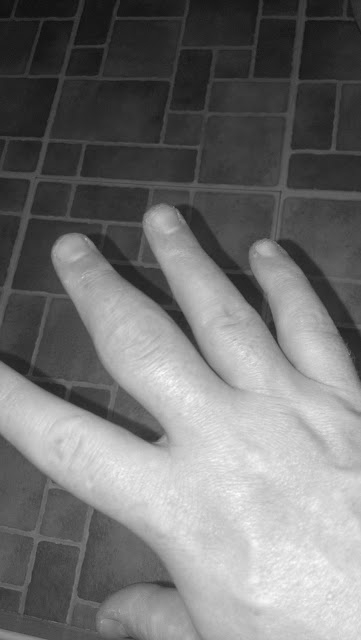 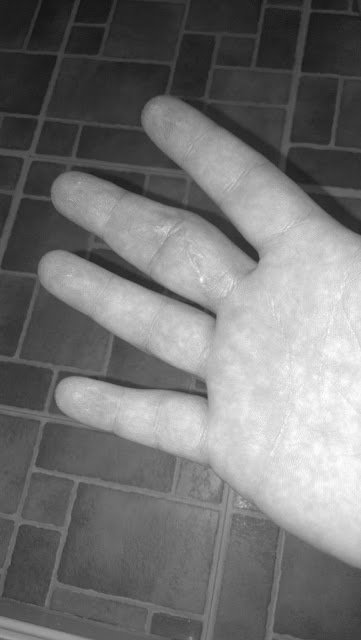 Not the most exciting post I've ever written but I ordered new work shirts online yesterday afternoon and they arrived at work this morning.
Quite impressed. Let's hope they're as non iron as they claim to be. My ironing fairy has gone on strike...
No comments:

April tried to make me watch the Brits earlier. 90% of the people on there I'd never heard of. 90% of the ones I had heard of made me grunt with displeasure.

Whenever someone in my team goes away on holiday they're expected to bring back treats. I went home to Corby this weekend so he got me to bring back some Iron Bru

I've got a bad feeling about this

Someone's put a Han Solo poster up in their front window. It's really weird when I see it in the dark on my way home. 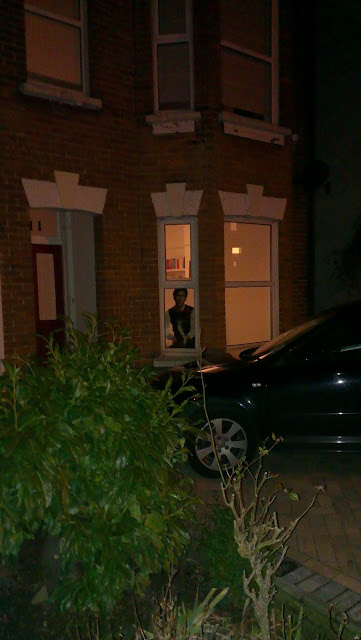 Just watching the next season of 24 on the way into work. Another spot.

Stephen Merchant has a cameo on 24 season 6 episode 1

As you can probably tell by my lack of recent updates about my laptop not arriving that it has in fact now arrived.

What shall I buy next? Nothing for a while. I've got to pay for this kitchen soon.

My laptop moved to Birmingham then onto London Bridge overnight. Can you tell I'm excited?

My laptop's in Leeds of all places.

Due to be delivered tomorrow. 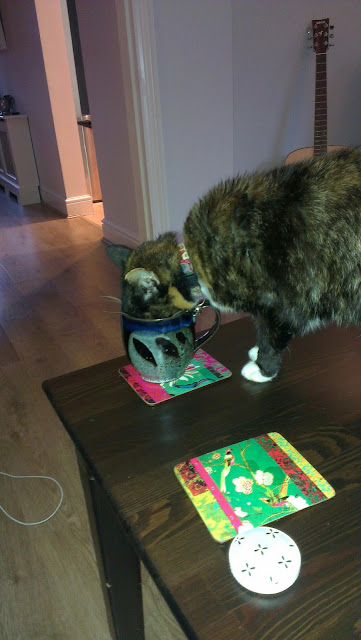 Best seat in the house

Just got back from the Bottle House, Penshurst. April had deep fried brie then belly pork. I had belly pork then roast beef.

Only one thing for it. Sit on the couch with a cup of tea and a cat on my lap watching sport all afternoon. 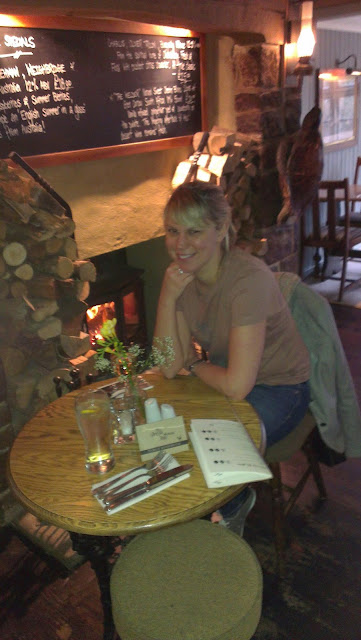 ...or nearly to be more precise. My new laptop is classified as 'ready to dispatch' according to the manufacturer. Why don't you dispatch it then? If they dispatch it on Monday I should have it by Tuesday.

I made it home by about 10:30 last night after about 40 hours without sleep.

We needed capital numbers for a year end board report so I had to work through the night to produce them. Shattered! But there was no way I was missing Sean Lock.

Very funny man. Cathy Burke was in the audience. Plus, a random dog ran on stage set one point.

I saw the Chandos place near Charing Cross whilst waiting for April to get cash. I reckon it must be a CHeap nANDOS. 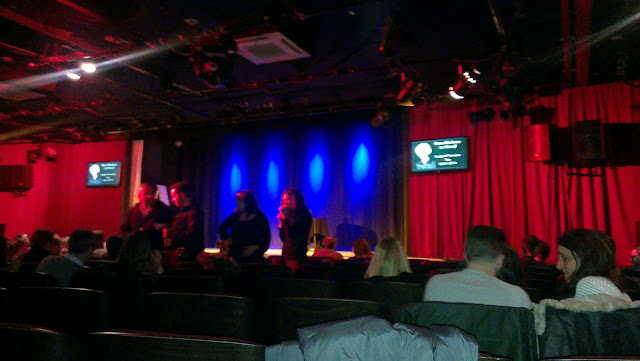 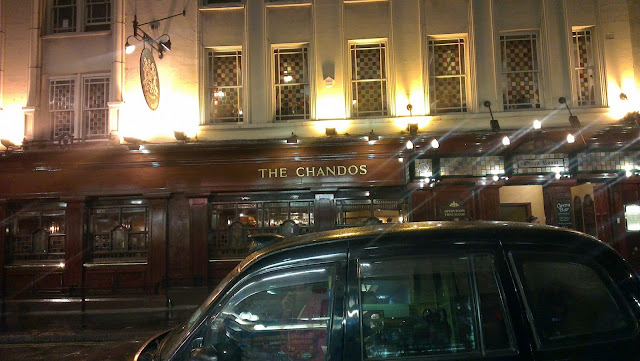 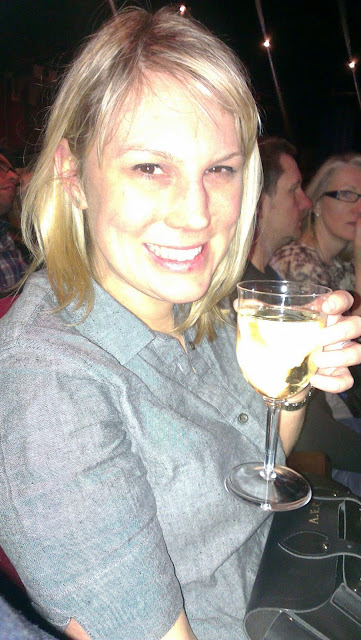 I bet he regrets that

Saw this at lunch today. I bet he regrets using that phrase as his slogan. 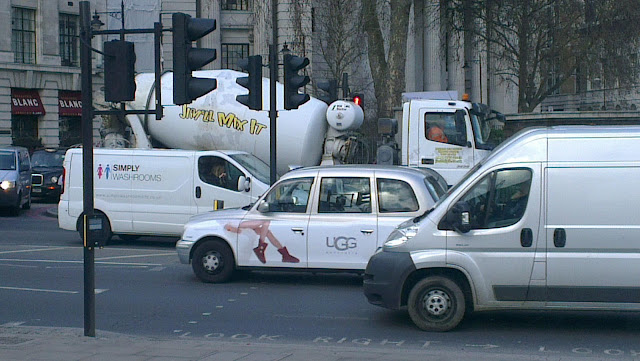 I had to carry this hamper in this morning and it weighed a ton. Good job I'm super strong... We borrowed it from friends as a gift box for our wedding and haven't had a chance to give it back yet. They needed it at short notice so I has to carry it in on the train this morning.

I got quite a few looks. 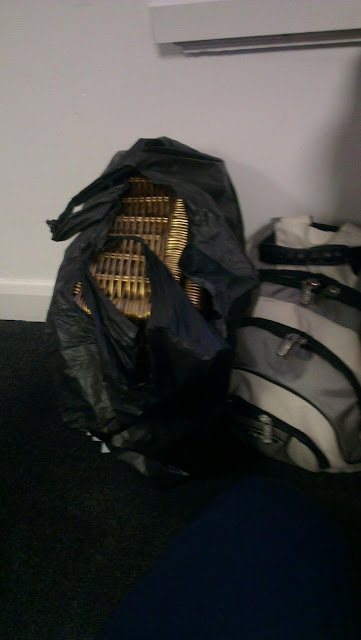 Just needs to go through testing and quality control now. Yeah! Fingers crossed ill get the laptop by Friday. If it arrives on Saturday I may need to go into work to pick it up.

Jeez, why did they do it?

I'm watching Avatar on the train to work and I forgot how silly some of it is.
Unobtainium?
Come on!
There's a bunch of 10ft tall blue aliens. That I can 'believe'. But unobtainium? Ruined any of my suspense of disbelief inside the first 15 mins.
No comments:

Should I watch the Super Bowl? 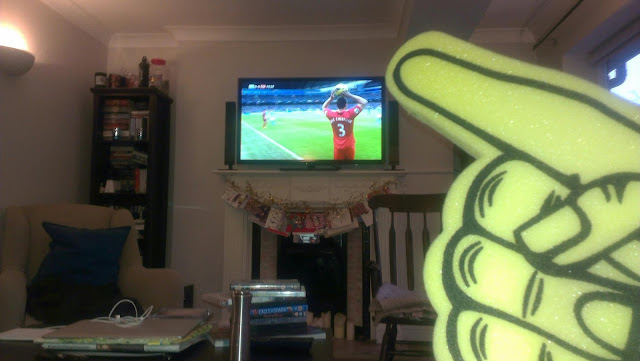 My army lining up

£301.55 in my change pot! What am I going to do with it? Nothing for now. I really want to fill it up. The cashier will be pleased when I eventually bring out in. 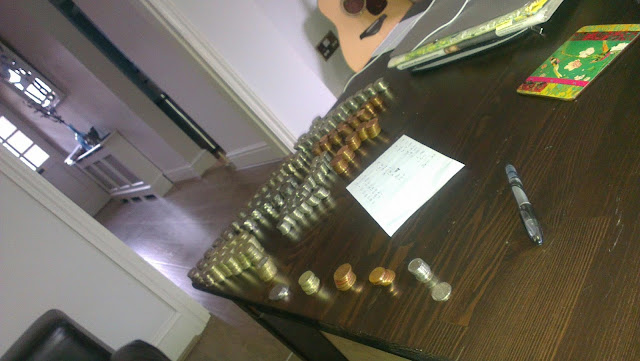 Other new things in Tonbridge

There's also a new Mexican restaurant we pooped into last night. We had a couple of cocktails and some nachos at the bar. The place was rammed

There's a new butchers on Tonbridge High Street. Brilliant! We're going to make an effort of going each week now. It's a shame the green grocers didn't last an extra year as we're still going to have to go to Waitress for our veg.

I think we bought half his shop.

It's nice to see local businesses do well. All of the meat is from local farms too which is also great. We go to the local farmers market too but that's only once a month. This will be much better.

Wow! There's a sale on at Homebase. Half price sticks. And you even get free pots to stick them in. 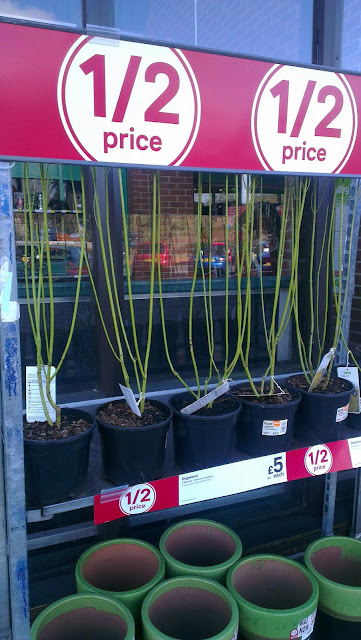 I saw my physio again on Wednesday. She's still a little worried about my finger. It's still loose in the joint. She's told me not to do anything silly like play rugby. Oops. I had to text my captain that I was no longer available for Saturday's game.

Bloody time. Why won't you hurry up? I think they they must be waiting for a part or two. It had better not be the additional Arctic paste I bought.