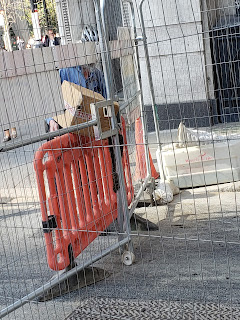 I spotted a guy last week depositing a box full of bees on some railings.  Very strange.  Pretty sure this wasn't official. 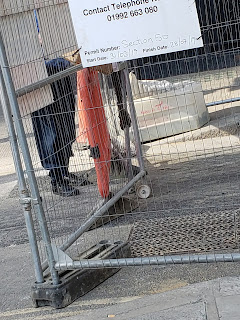 I've stupidly agreed to travel to Madrid for the Champions League final.

Let's hope I get back in one piece.
No comments:

Well, it's been a long time coming.  Especially as i've not really posted much this past year.  Who would have thought having a child would be so time consuming?

Quite an exciting year really, this time last year we would have all been in Chicago, where I spent most of my days marching around the streets trying to get Flo to have some sleep.  America was great but it was also tough.  Not knowing anyone and having only Flo to talk to during the day certainly was difficult at times.  Luckily we had 5 sets of family and friends coming over to visit which certainly made it a lot easier.

We tacked on a week or so's holiday at the end to do a bit of travelling which was good.  We got to see Cleveland, Toronto, Buffalo, Detroit and Niagara Falls (plus a few other places).

When we got back I was back into getting a job mode.  The easy part was setting up the company but actually getting work proved more difficult.  I think at first it was my reluctance to go back into capital modelling which meant I wasn't getting put forward for much (my last 10 years is based in capital modelling), then when I became less choosy,  it was getting onto Christmas where notoriously nothing much gets done in terms of recruitment.  Things picked up in the new year and I started work mid Feb.

All good, despite being in a new part of the industry, I seem to be doing well and although not confirmed looks like I might get an extension which will be very nice.  I like contracting, I don't have to deal with much politics these days and have mostly been able to leave on time every day, I get in an hour early so they can't really complain when I leave to pick up Flo.

In other exciting Clark family news, April has had a big promotion, partly thanks to her time at head office.  She's also been elected as a green party councilor in our local elections.  We've acquired a new cat.  After the disappointment of losing both of our previous cats in a very short space of time we've now just opted for one (although she's about the size as both of them combined).  Josie is her name in case you're interested.  She's a very patient cat and generally accepts Flo's attentions.  She's also not that fussed when our friend's dog pops over for a visit too which is nice.

That's probably enough for the time being.  Now to get back to working from home.

I went to Brussels this weekend with three friends from Tonbridge.  We had a great time.

Although there was a lot of drinking involved, it was over a prolonged period and we were all in bed by 10:30 (9:30 UK time) 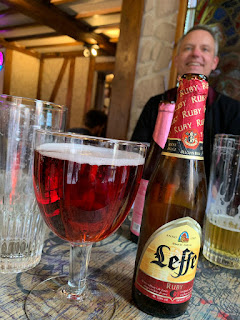 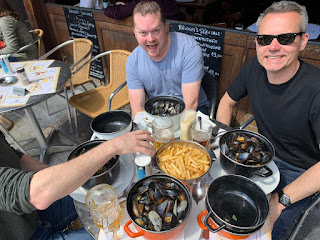 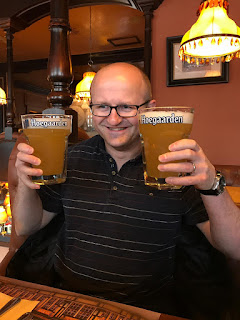 Pints bigger than your head 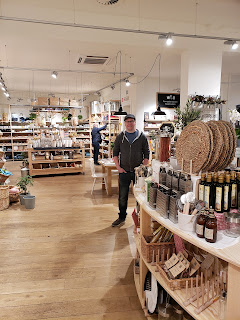 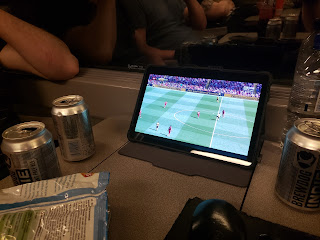 Miss timing the final day of the season so watching the Liverpool game on the Euro Star back.