Still have the bloody flu

I've not left the house all weekend. I'm better than I was yesterday (full on fever) I hope it goes away soon.
No comments:

Is John getting old? 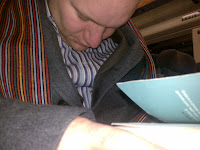 I was out with John on Tuesday night, the poor little fella couldn't keep his eyes open.
No comments: 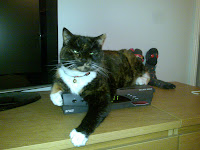 I've got the beginnings of a cold

Will going out for the third night in a row help? Probably not. At least the curry may help sweat it out.
1 comment:

Does nothing happen in Kent?

Check out the comments

My bonus for passing that exam comes in on Wednesday. Woohoo! An extra £273.01 in my pay cheque. My next exam's at the end of February which means i'll get that bonus (assuming I pass) at the end of March. I think my real bonus should arrive in April so fingers crossed for that too.

Still annoyed that the government should take 45.5% of it.
No comments:

I had my first game of the year yesterday and first in about 8 weeks! Due to other teams canceling and the weather being a tad cold we've not been able to play.

Our rustiness did not show though and we won 0-27. I've got a sore ankle and a couple of blisters due to new boots but other than that i'm fine.
No comments: 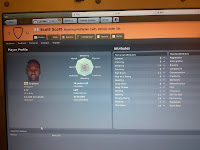 New players are randomly generated in football manager and they use a random name generator. Scott Scott, is this chaps name, his parents can't have been very original.
No comments:

What a waste of a day

Today was a total waste. I've given a guy in finance over two weeks to provide me with data for head office over in Japan. I finally received it today at around 12 but that's only after me chasing up every other day. I have a day and a half to manipulate this info and pass it on.

The intioial spreadsheet he gave me was the wrong one, the second was password protected and he didn't give me the password and the third was converted into GBP when I needed in original currency.

I now have to redo the whole thing tomorrow, with very little time to check and cross reference it with our accounts. Twat!
No comments:

Our annual lunch at the Guildhall 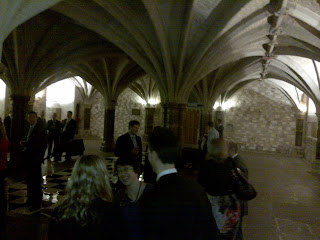 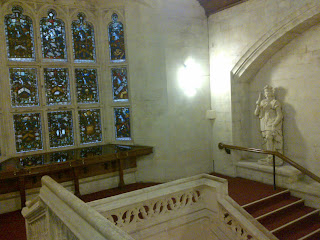 We had our annual lunch at the Guildhall this year, apparently it's where the Queen held her silver wedding anniversary party. Quite a good afternoon / night out. The best part was the afternoon off work of course.
No comments:

Cool walkway in the city 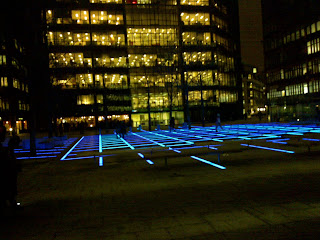 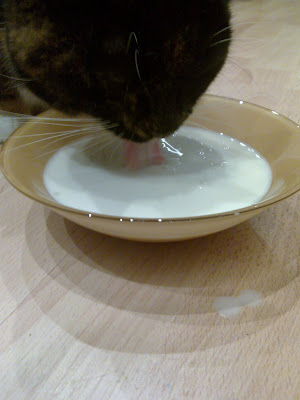 As a sorry to the cats for making them go to the nasty vet I bought them some cat milk. Biscuit likes cat milk.
No comments:

Why are Liverpool so sh!t?

I received my next exam material through today, General Insurance Practice. Another multiple choice 'easy' one. He he! Saying that, it's one of the few i'm actually interested in learning about.
No comments:

Bored silly on Sunday so went for some lunch and a walk around Tonbridge Castle. The snow was much better in the castle grounds, you could roll it into a proper snow man if you had the inclination. 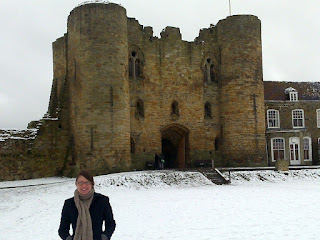 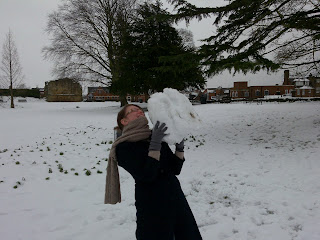 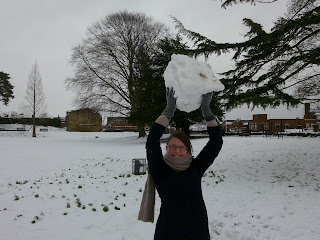 Only an hour extra commute tonight 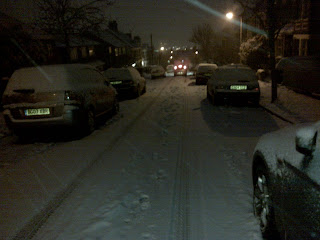 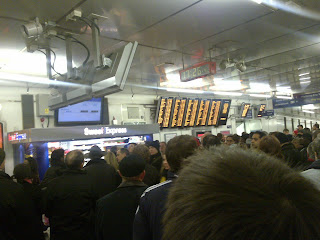 Big delays and an hour and 15 extra on my hour and 5 minute commute. It's amazing what a couple of inches of snow can do.

Photos: This morning on the way into work (30 min delay) and London Bridge at about 5:20, where the info screen said that 67% of trains had run on time today. Liars!
No comments:

We received an official looking letter through the post yesterday from ‘concerned’ residents. Telling us that our security light had been left on since the 20th December. We knew this but don’t know where the switch was so was going to leave it till we got a man round to replace our light fittings upstairs.

They mentioned that the if we did not sort it out then they would contact the local council within 7 days to get it sorted. Why didn’t they just knock on our door and ask if it was such a problem? Absolute chicken sh!t b@stards.

Rather than letting them getting involved I got up on a step ladder in the snow last night and levered out the bulb with a wooden spoon.

Am I getting old

I woke up with a sore back this morning. Does that mean i'm getting old? I haven't done any exercise since mid December since all my last rugby games have been cancelled / postponed so that can't help but seriously... Maybe I should start sitting straight too.
No comments:

Weekend plans ruined by the snow

We were supposed to go round a couple of friends houses this weekend but due to the snow are having to postpone. Bored now. I'm going to have to do something tomorrow or i'll go insane.
No comments:

I've just watched Dune again, the last time I saw it I was probably less than 10.

I knew that Sting was in the film but not Al from Quantum Leap and Jean-Luc Picard from Star Trek.

I can't remember those brain thingys though that help with space travel though. What's that about?
No comments:

I'm off to see Billy Connelly tonight at Hammersmith Apollo, the reviews say he's on top form so fingers crossed. It's an 8pm start for a 2 and a half hour slot with no interval. Not bad for a pensioner. Good job we're standing at the back so we can take trips to the bar / loo whenever we want. Even so. £25 (+ booking fee) each so not cheap.
No comments:

Result! A seat on a train

I braved it in today, only 30 mins late but it could have been an awful lot worse. The first train was rammed tight, almost as bad as my old commute on the Northern Line when living in Clapham, so we waited for the next which was due 25 mins later.

15 mins later another train turned up and was due to terminate at Tonbridge, it dully did and they turfed everyone off. As the last people were stepping off the train and getting ready to wait for the next train to London a tannoy announcement stated that the train they had just gotten off was getting re-directed to London. Being at the front of the queue we walked straight on and got two seats. Result!

If that had happened to me I would have went ballistic! I have to admit it was pretty funny though.
No comments:

It snowed another 4-5 inches last night in Tonbridge and it's just started up again heavily so have not risked going in today. I've got to go in tomorrow though as i've tickets to see Billy Connolly in Hammersmith with Steve later on.
Photos: Poppet trying to keep warm, snow 5 minutes ago, waiting for the train yesterday and April getting home from work yesterday covered in snow 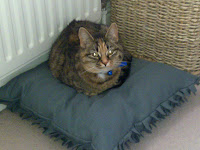 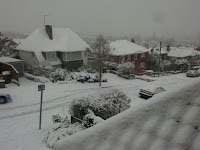 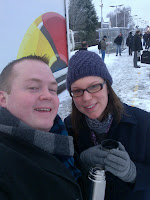 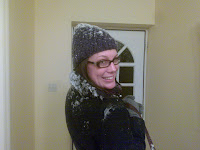 Bring on the snow

My boss left at 2pm so as not to risk getting stranded in London so told us to do the same. Woo hoo! Good job though as it's been snowing in Tonbridge ever since.

We had around 4 inches of snow last night and like a trouper I trudged myself into work this morning. It was a very close call though. It's due to snow all day so will probably try to leave early just in case.

I friend that lives int he next town to me couldn't make it in and another friend 20 miles West of us had 6/7 inches so can't make it in either. Gits!
No comments:

The price of my daily tea’s gone up by 8.33% (10p) this year, how can they justify that? I’d take my business elsewhere if I could find a cheaper alternative that doesn’t mean me making it for myself. Gits!