A week and a bit later

It's basically on our doorstep (300 ish meters) from our front door.

Flo gets to run around like a loon and we get a bit of piece and quiet from the building works next door.  Hopefully things will quiet down on that front soon as they've finally taken down the scaffolding.  Now all they need to do is repair the our side path which has been fucked over and replace the fencing which is looking terrible since they torn down the existing panelling.

Well that was an interesting few days

The Clark family now has a new member.

May I introduce Arthur Robert Clark aka The Dude

After drinking a glass of wine or three / four on my regular Wednesday night sports night (Watching Liverpool lose to Arsenal 2-0 on the last day of the season back in 88/89, not my choice) I was about to go to bed when April tells me that she thinks her waters have broken.  Eek.  This was 2.5 weeks earlier than we were expecting.

April called the midwife who said she'd better come in but there was probably nothing to worry about.  I was going to stay at at home to look after Flo and luckily our friend Laura said she would take April into the maternity ward.

Three hours later I get rudely woken up in my bedroom by my mate Jono, he and his wife Laura had been called by April as apparently I wasn't answering my phone.  20 missed calls.  Whoops!  I specifically turned my 'do not disturb' off but it can't have worked as I didn't hear it.

I quickly got dressed and headed to the hospital. 2 hours later, little Arthur arrived.  After staying over for one night they let us go the next day.

So far he's been brilliant, surprisingly chilled and we've even managed a little sleep.  We're back home now and have actually managed to get Flo down for a nap whilst April and Arthur sleep upstairs, hence me having 5 minutes spare to write this.

Flo's been good and she's looking forward to play with her little brother.

Too much it seems, I now need a new fire basket.
No comments:

I should be okay for the time being

My Chapel Down wine and beer turned up at the weekend, 3 days after my fuggles delivery. 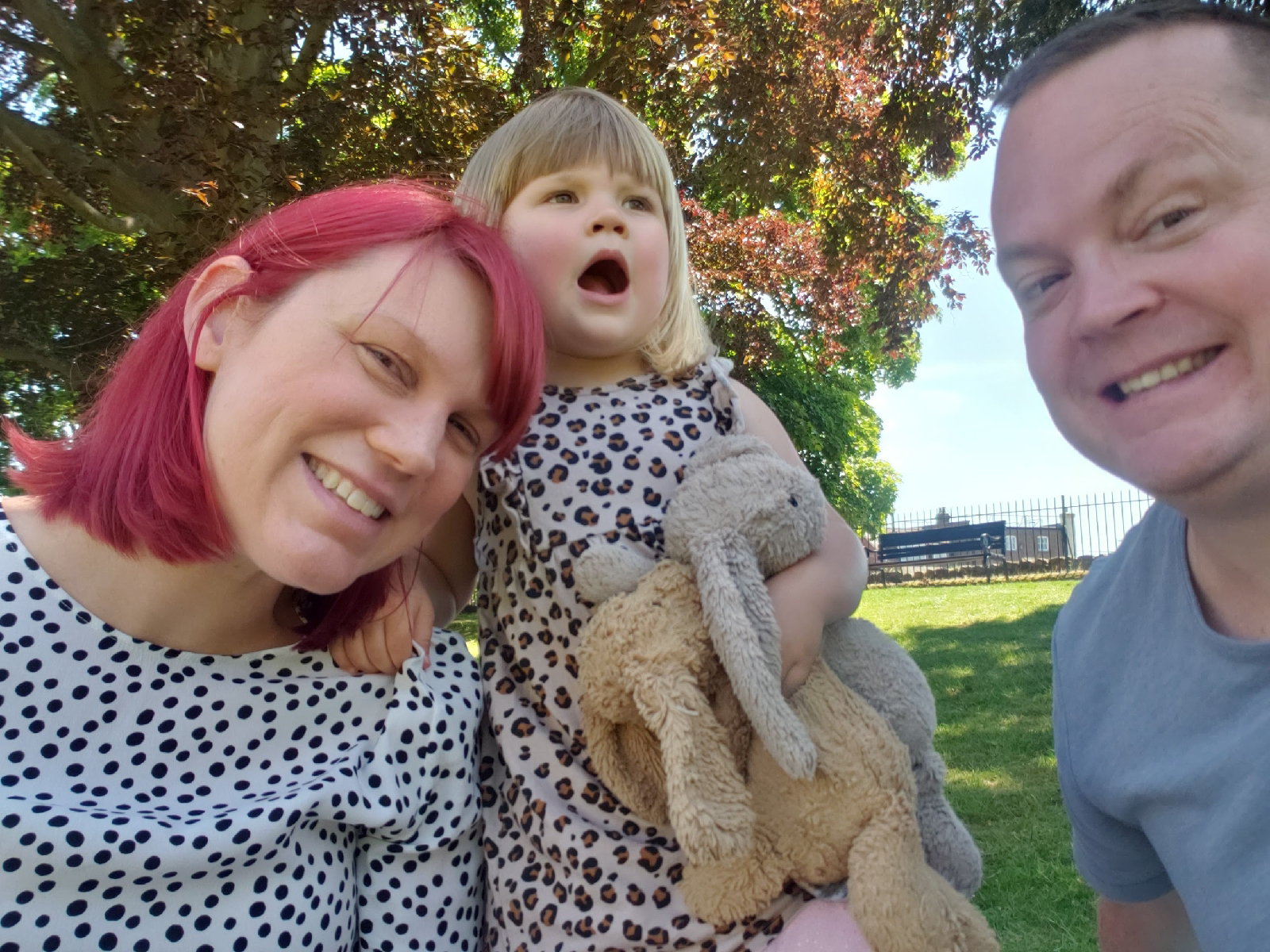 We're very lucky living so close to the castle. We thought we'd make the most of the spiffing weather and have a picnic on the castle lawn.
No comments:

It was good to say hello to everyone but after a few beers / glasses of wine it became quite difficult to manage.
No comments:

We bought this for Flo a couple of weeks ago.  It's a giant climbing frame that you can transform into different shapes and comes with a slide.  Flo loves it!  It is unfortunately on the large side though.
No comments:

I've been taking my friend's dog Bella for walks when I get a spare hour during the week.  It's been nice.  I've always wanted to get a dog but can't see us getting one any time soon as we'll have the new baby soon enough.

Once thing that could change our mind though is the fact that it's more than likely that we'll be working from home a lot more in future so being able to take the dog out for regular walks becomes a lot easier.  Plus they won't be left home alone all day. 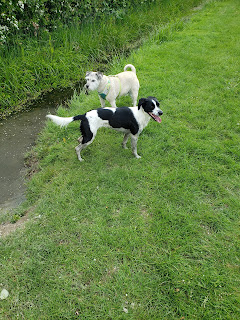 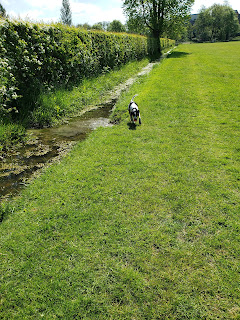 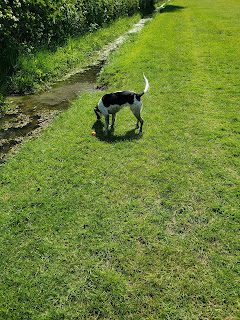 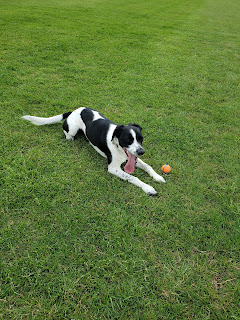 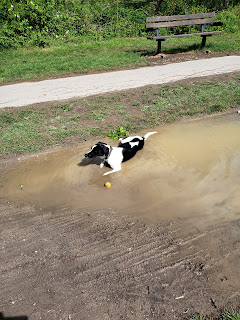 Yes, I got wet 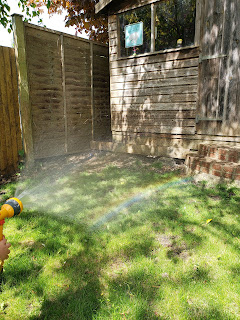 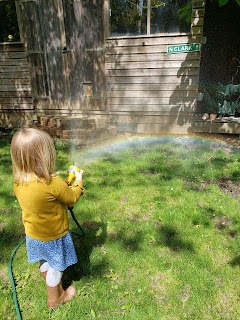 Trying to grow some grass 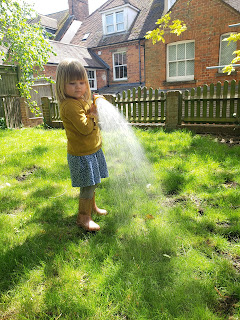 Flo eventually turned and I got very wet
No comments: 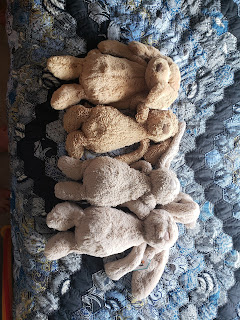 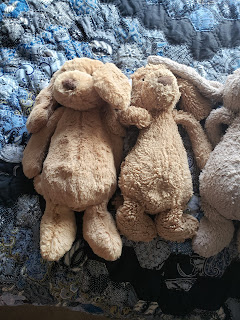 I've bought new versions of the same doggy and bunny for Flo just in case she loses them.  She's very attached and thought it would be a nightmare for us both if she ever did lose them.  The plan is to age them by putting them in the every new wash we do until they look vaguely similar. Hopefully she'll never need them, or worse find them.
No comments:

A little shorter than usual 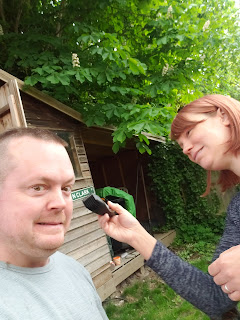 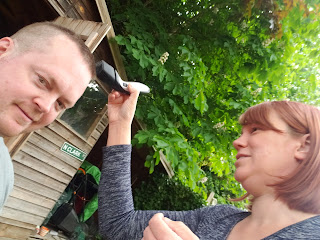 April giving me haircut no. 2 during the lockdown.  A little short and a little too high up the sides with the razor.  4 / 10 this week.  April's own review was "You look a little bit army".
No comments:

Getting the car ready for the new arrival 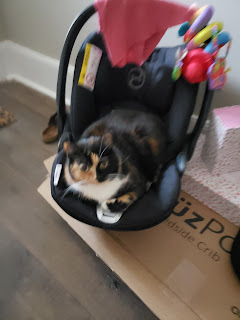 Josie making herself comfortable
No comments: 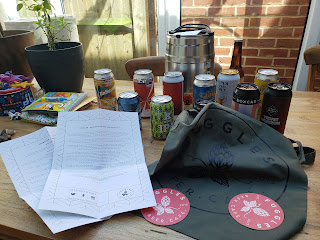 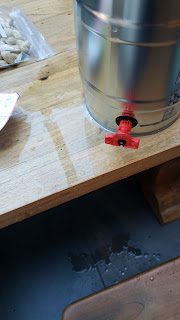 Oops.  I really should read the instructions first 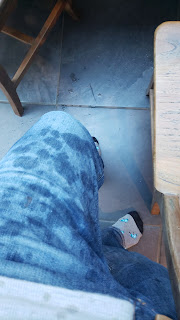 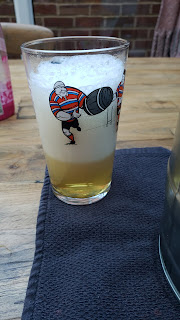 I removed a layer of skin on my palm on Saturday. I was using a trowel to remove some weeds in the lawn and was a little over zealous.
I also reseeded the lawn, hopefully it will take as there are a few baron patches that don't look great.
No comments:

May the 4th be with you

Blaster and lightsaber to hand.