The power to half of our new kitchen has gone. After paying (all in) £17k I'd expect it to work till at least we moved out. Now we have to get back in touch with the builder. He's a nice chap but jeez does he take a long time... I bet it's not sorted Becky we head to Australia.

The power of advertising

I'm 3/4 the way through the first season of Mad Men and I found myself wanting to start smoking...

Good job these clothes were about to be washed. 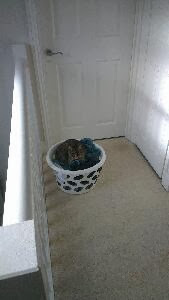 It's really weird. Not tried it yet but will cook it tomorrow with something and find out. 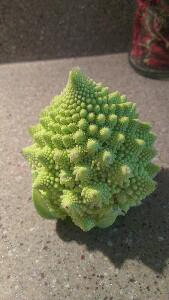 Our team has just got a nice new 10Tb storage area. How long before we can fill that up? A week?

Walked up the stairs at work this morning. All 10 floors. It's not worth it. I was all blowing out of my arse. Nice and sweaty...  Mmm.

We will mostly be bored in the middle of a flight to Australia. Better that than bored here.

It makes me laugh

Just had to transfer some money to a friend for buying something for me over the weekend.

I love the fact you can add a reference to help you both remember what the money was for.

Why use it for that though? A better use would be to use it to take the piss out off the friend.

Is it worth it?

New signs have been put up at work to try and encourage people them to use the stairs rather than the lift. Is 57 calories for going all the way up to the 10th floor and back down again enough calorie burn to make it worth while?

If it said 500 people might actually do it (even if it's not true). 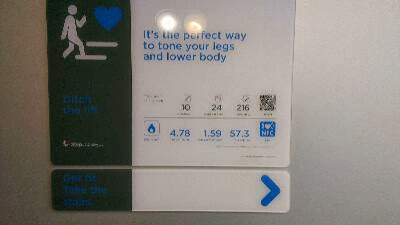 I thought I'd met a page 3 girl on Saturday. It turns out that she was only a page 23.

I went for a meal with my dad on Saturday and I was first there, I was on my own as April had gone to the bathroom so the waitress had a chat with me. During the short conversation it turned out that she was in Saturday's Sun newspaper.

She was fairly pretty and extremely well endowed so I put two and two together and got page 3! Needing proof I ended up having to buy the paper only to find out that she was further back in the paper in a high brow interview about why she had her boob surgery. 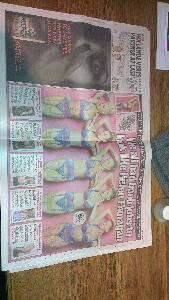 Looking for something to watch on Netflix and came across Texas Rangers.

Blurb (did in a gruff voice): In a land without justice, one legendary man is chosen to lead a group of unlikely heroes who must battle an army of renegade outlaws.

Ooh, that sounds interesting, I thought. I wonder which actor they've got in to play this legendary leader. Clint Eastwood? Nope. Antonio Banderas? No. Steven Segal? Hell no!

They've cast James Van Der Been. For those not in the know, that's Dawson from Dawson's creek.

Bloody cats. On my suit trousers too! 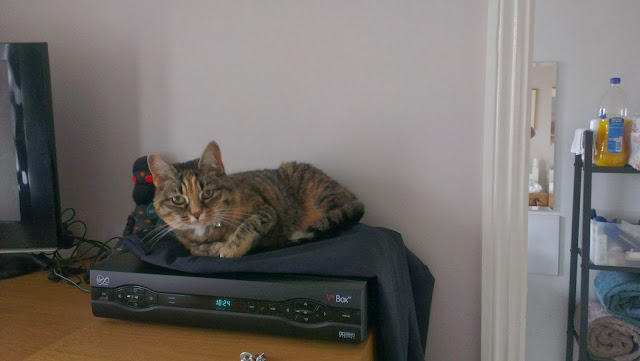 Looks like I accidentally fractured a team mate's skull on Saturday. Oops! I was trying to tackle some chap when his head got in the way of my knee. Poor bastard. He's okay though.
No comments:

At my peak I had around 550 friends but over the course of the past year or so i've whittled that down to less than 100.  Not for any big brother reason but just because to get to that number of 'friends' I was adding / accepting anyone.  I did have a bet with my brother to be the first one to get to 200 ( I won), but I kept it going.  Changing jobs a few times and joining a new rugby club helped get me to that number

I don't want people I don't really know to have access to my life without interacting with me.  If they want that they can come to my amazing blog...

That said, I don't want people who i've removed from my facebook page to think that I don't care.  I probably don't, but it's just if you want to keep posted on my life get in touch once in a while.

Just finished two months at my new company and things are going well.  I'm slowly settling in to what I think is my new role and where I fit in the new team.  There's plenty to do which is good and hopefully i'll be involved in a few more meaningful projects soon.
No comments:

Finally started to watch Luther.  I bought my brother the boxed set for his birthday in September last year and now have it on my new media server.

Opinion so far:  Not bad.  A bit like cracker but annoying fake cockney accents from some of the characters.
No comments:

I forgot my headphones this morning. Doh! That meant I had to read. Boo!

You learn something new every day

Ron Perlman and Christopher Lee are in Police Academy 7: Mission to Moscow. Some might say done of their finest work.

To add a few mpre, an extremely funny man with brilliant delivery and material. Look out for his new series coming soon.

One of the stairwells in the Lloyd's building. It's a long way to fall. 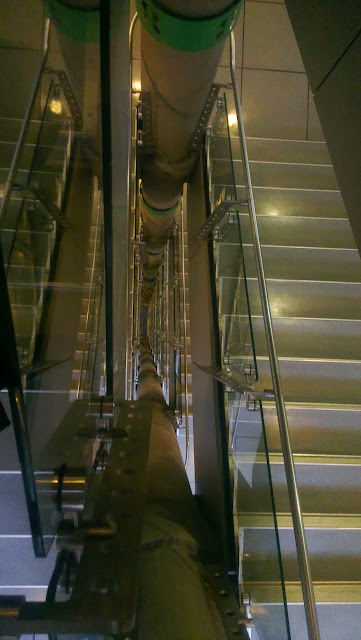 Is it just me?

...who finds out midway through the day that he's put his boxers on the wrong way round? Also I think it's happening more often.

I'm pretty sure I never used to do it, now it happens at least once a year.

... But my company is licenced to hold music events. I guess if the insurance business doesn't work out they can always move into events. The Lloyd's building is pretty cool.

The first day back after a long time off is always the hardest. In fact today is supposed to be the most miserable of the year. Wet, windy and cold. Little sunlight.

It's actually been fairly harmless though and actually gone quite quickly. Phew!

Tonbridge flood photos from our window

Luckily we live on the hill so were perfectly safe. Some friends werenot so luck and were pretty heavily flooded. Most of the water is still there 2 weeks later. 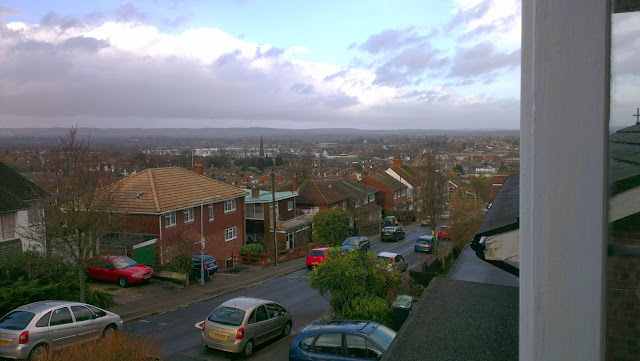 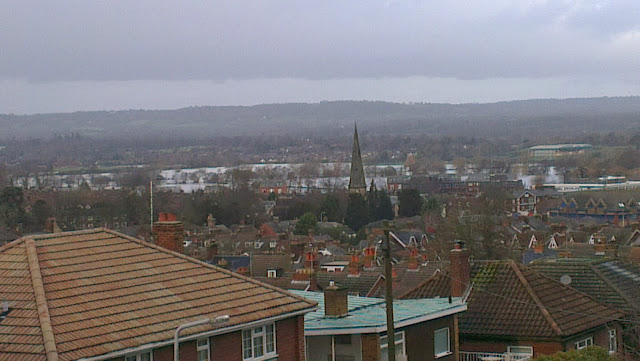 Back to work tomorrow

Yeah!  Can't wait.  With days not being able to get in because of the weather, i've had 13 days away from the office.  It's been nice to be away but need to kick on with work when I get back in tomorrow.
No comments:

Jeez, this is taking a while.  1Tb of files to transfer is estimated at over a day.  Bloody hell.
No comments:

This may take a while

Finally getitng a chance to have a proper play with my main Christmas present and think it may take a while.

I'm copying the films across at the moment 360 Gb and it reckons 17 hours.  There's over a Tb of series to copy across to go so it may take me all weekend.  I'm sure I could plug the computer in to the box to make it faster but that defeats part of he object.  It must be wireless.

After that I have to work out how to get the sound to come out of our speakers rather than just the TV.  Nearly there.
No comments:

New job, I'd been at the least place for over 5 years and had been grumbling about moving on for a while, an opportunity came up at a similar company doing a similar role for more money so I jumped ship. I think it's a little too early to say if I'm enjoying it yet, but so far so good, hopefully it'll kick off some interest in me in the new year as that's been sadly lacking for a while.

New kitchen, after 5 years in Tonbridge we put in a new kitchen and we're very pleased with it. All in all it cost a whopping £17k and took months to complete but it's effectively given us an extra room in the house so when it does come time to move house it should stand us in good stead.

New car, from what could have been a very bad year in terms of cars it turned out to be a very good one. In the space of a week we swapped our old Mazda mx5 (plus a bit of cash...) for a lovely 3.2l Audi TT! A week earlier we test drove the more sedate Mazda 3. Phew...

Anything else new? Ah yes, my new niece Sophie just scraped in (or out...) before 2014. And a very quiet baby to boot. Steve and Jenny are very pleased with that.

Nice holidays, two main holidays this year. Turkey, for a week then France for two.

Cat trouble, the cats haven't been tremendously well this year, Biscuit with her on going cancer thing and Poppet has developed a bit of arthritis in her knees (do cats have knees?). It's all to be expected though as they're 13 our so now. Bloody things!