Just been charged £15 for just the plug part of a phone charger at Vodafone.

We've recently changed utility suppliers to a cheaper one. When it came to providing the final meter readings the lcd of the electricity meter didn't work so I called British Gas (name and shame) to send out and engineer to fix it.

I booked off Wednesday morning to work from home and nobody turned up. I called at 1pm to see where they were and was promised the engineer was on his way. At close to 4pm I called again to check where they were and was informed that nobody would come.  The chap on the phone was then going to get back to me with an estimated bill for my electricity and gas.  He didn't.

On calling them again the next day the girl was not very helpful and said I now needed to arrange for an engineer with the new provider as my contracts had now transfered over.  I wasn't having this so asked to be put straight  through to their complaints  department. She was helpful, and informed me that no engineer was booked in to see me on Wednesday.  In fact the one that was supposed to come wasn't able to fix the issue I had. They were only qualified to read a meter.  I think  I can do that myself. I had been each month for the past year already.

My last contact with yesterday was that they were unable to provide me with an estimated bill.  I asked if there was any form of compensation and she offered me £22 for the missed appointment.  I almost laughed when she said it. She agreed that it was too low.

She's arranged to call me when I finally get the engineer over from the new company with a better offer.

But given all that.  The worst part of the whole experience  was getting put on hold, and I was put on hold an awful lot. The one and only tune they had and they probably paid an shed load of money for was a FUCKING Coldplay song. I think it was called Fix You. FUCKING FUCKERS!

The cleaner got her Christmas present early this year.

I was running late this morning so was scurrying around downstairs feeding the cats with no shirt on. I then heard the door latch turning and the cleaner had arrived.  Whoops...

After a quick hello she went upstairs to start her work.

Saw this on Monday on the way back from lunch. 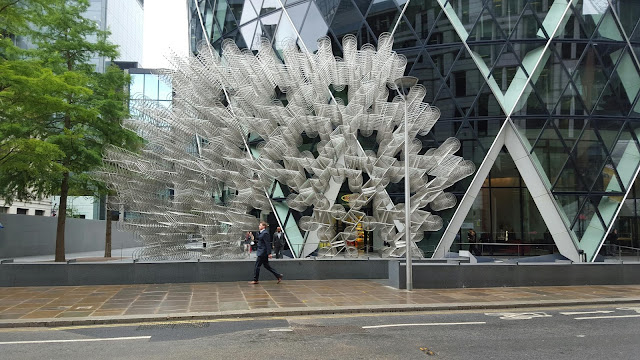 Good job the cats were asleep otherwise this chap would have been in trouble. 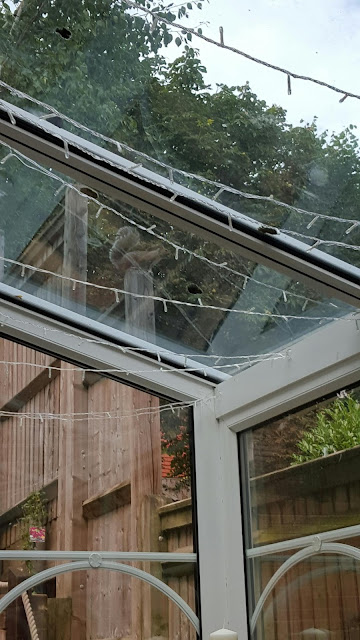 So this is what you do all day 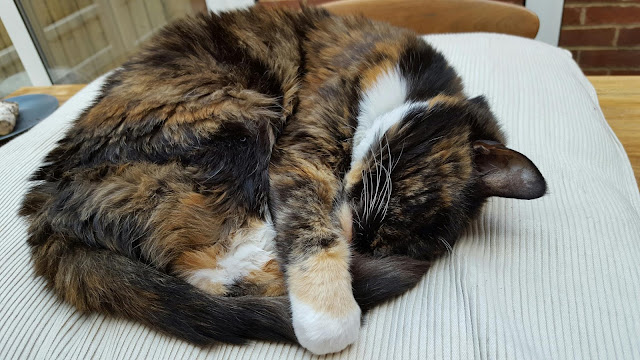 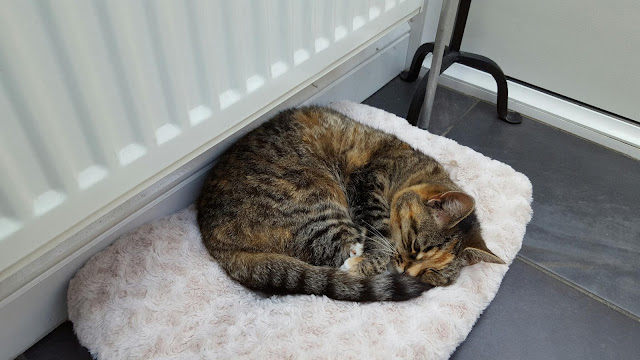 Sensible, then this turns up

We're looking to sell our car and get something a little more sensible.  Then look what turns up in the post.

One of their tag lines is 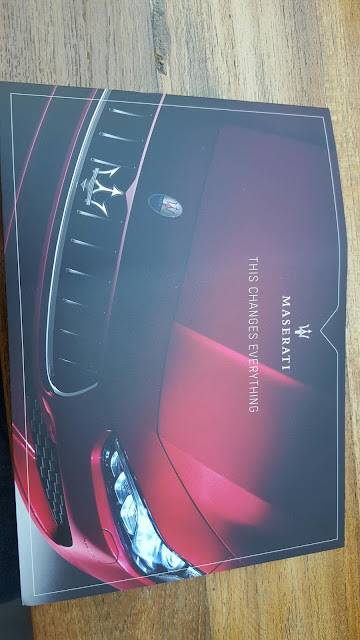 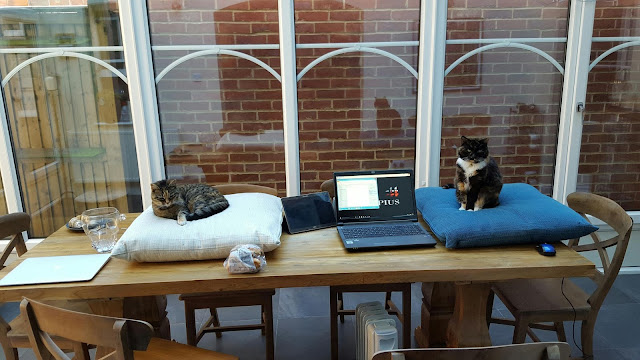 If you're wondering what my working from home desk looks like, here's a photo.
No comments:

Working from home is not what it's cracked up to be


I've got a chap from British gas popping over today to fix our electricity meter so need to be at home to let him in. So today was supposed to be easy...

Firstly, it took an age to log on, 30mins plus.  Then my model that was ran last night failed, now another model doesn't seem to want to play ball so stuck fixing that.  Doh!

Inspired by the Pig in Brockenhurst. Still haven't mastered deconstructing the recipe but it's not a bad go. 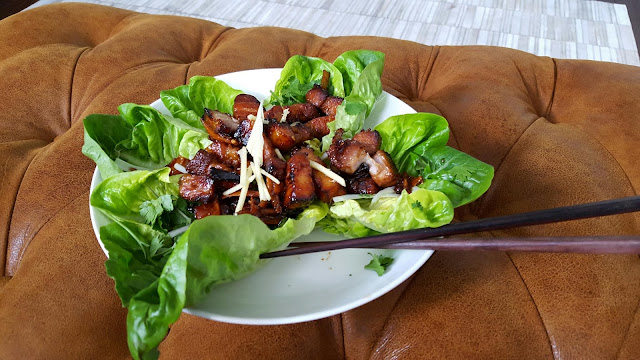 Not as bad as I thought

I managed to convince April to take a photo of my ear yesterday on the way home.  Not as bad as I thought. 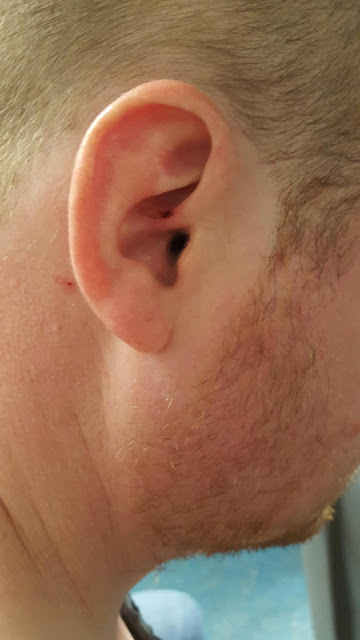 Here's a few photos from the Kill it Kid gig last night at the Scala. Excellent gig but absolutely shattered.

I'd given blood earlier so no energy.  Ended up getting in at around 12. Urgh. 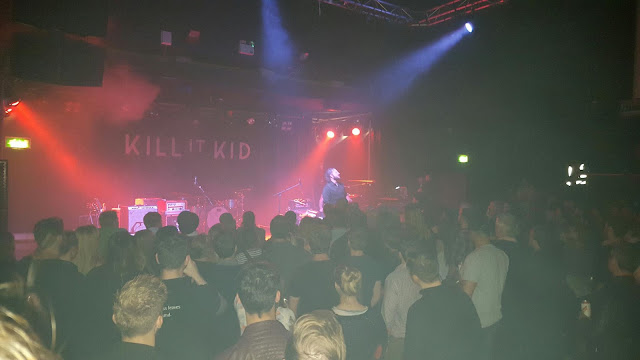 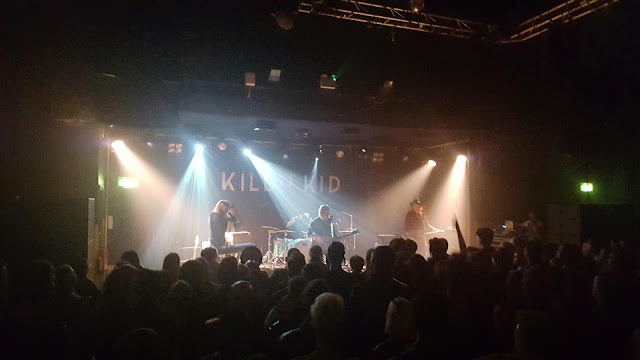 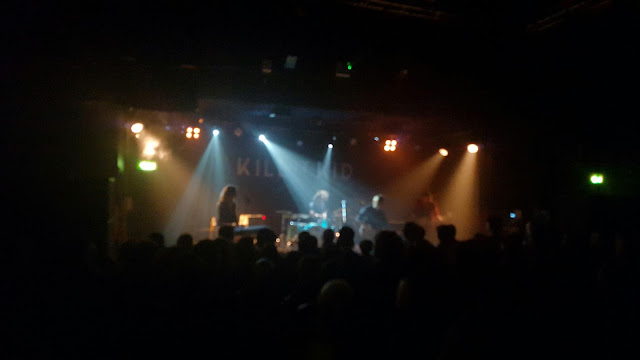 Kicked in the ear

Not the greatest photo but I had my first game of the season on Saturday and was kicked in the ear.

Why do I still do it? 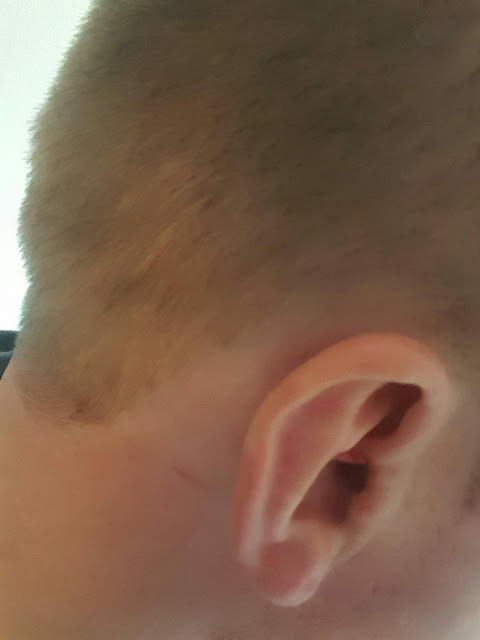 We played ticket to ride on Sunday. Good fun, but April kicked my ass. 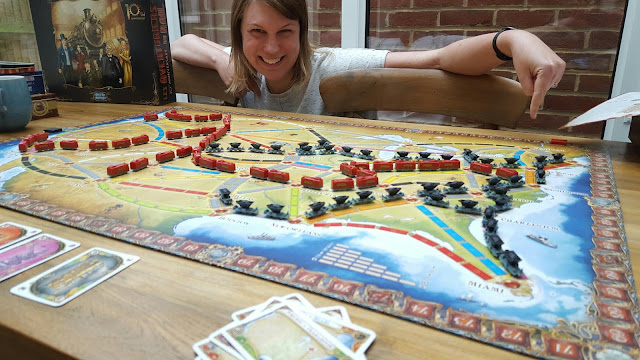 Only a matter of time

The new foot stool has Biscuit's seal of approval. How long before she pisses on it? 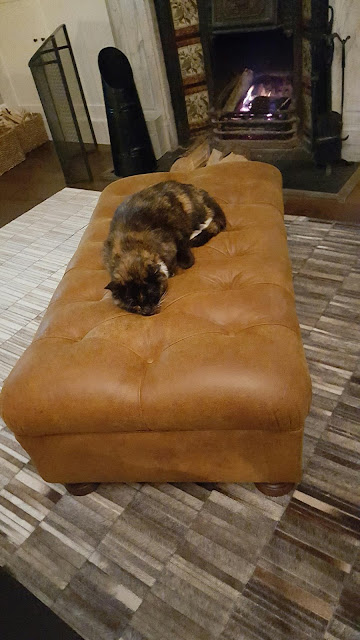 That moment when you open your kit bag for the first time in 5 months and are pleasantly surprised at how clean your boots are. Today is going to be a good day. 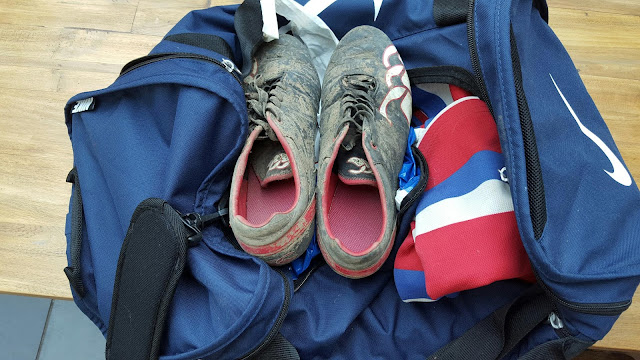 Gradually filling up with games 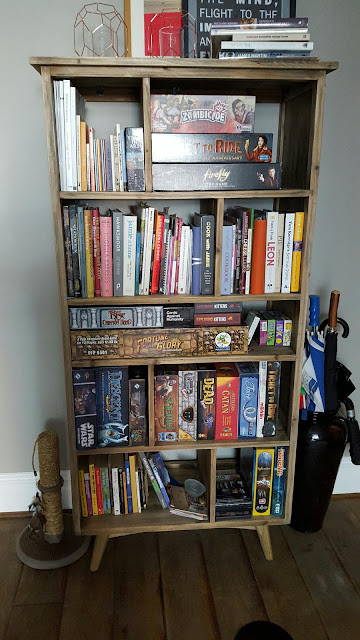 Not quite Corfu for Christmas

But it's a start.  My new money box is nearly full. 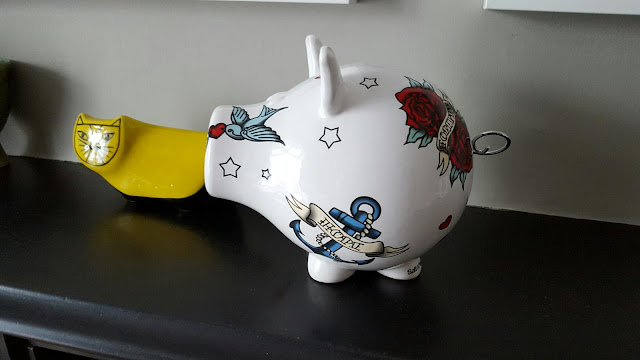 My earlier post about work turns out to be a little overreaction but still annoyed.

End of the evening

April was holding a baby shower for our friend Tricia in Epsom and we were both due to be in Brockenhurst the next day so I organised beers worth Adrian and James in Winchester.

We basically watched the rugby followed  by small pub crawl. Followed by lovely Thai food in a new restaurant then more beer and a little sick. Sunday fun at the Pig

We popped along to the Pig near Brockenhurst on Sunday with our friends James and Vikki and their son Finn.  It was good fun and the place is lovely we'll have to head back for another meal there but it was pricey for what it was.

Basically you had to buy tokens for £5 each.  That entitled you to pretty much every thing.  Each drink was a token (other than champagne), each item of food another token. £5 felt quite steep when getting a pint and when that ran out or was unavailable a replacement bottle felt extortionate.

All of this was topped off with a massive traffic filled drive on a Sunday. Yeah! 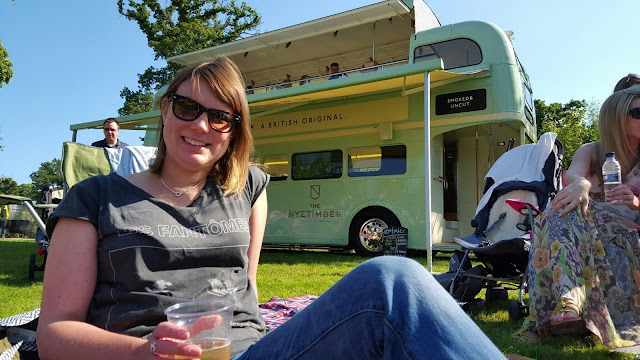 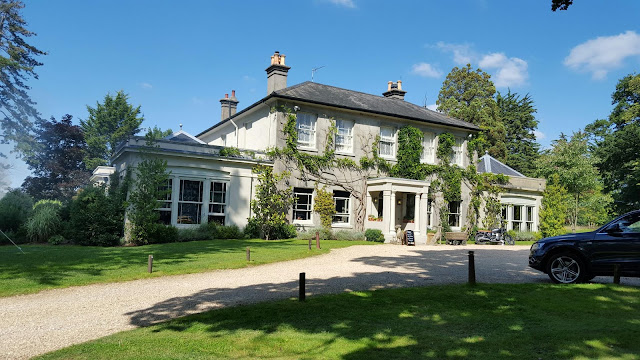 ARGH! What a fucking waste

The big project I've been working on over the last 6 weeks has now been canned. I've been doing late hours at work and at home and this week did over 2.5 days straight of work (2h sleep). I do not have the verbal skill or inclination right now to describe how how I feel.

Yeah! I love my job.

I guess that will have to do...

A family of swans on the river Medway on the way home in the rain. 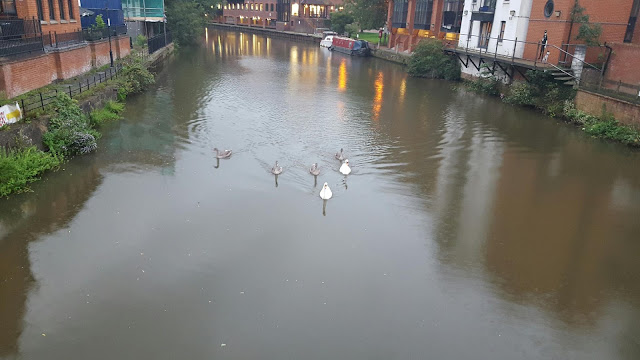 Recovery from the party

Yesterday,  I pretty much just did this. 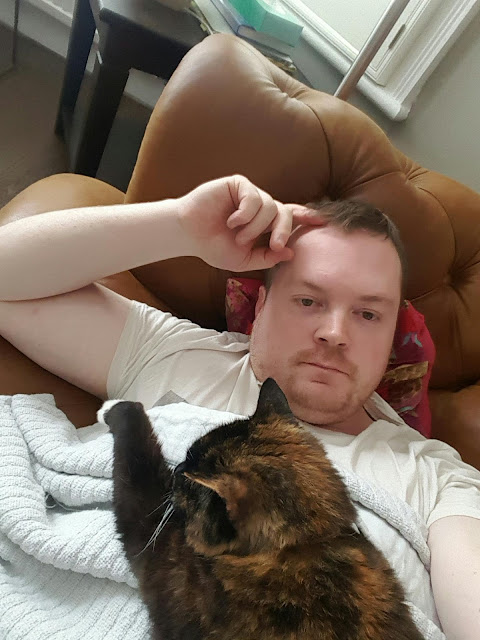 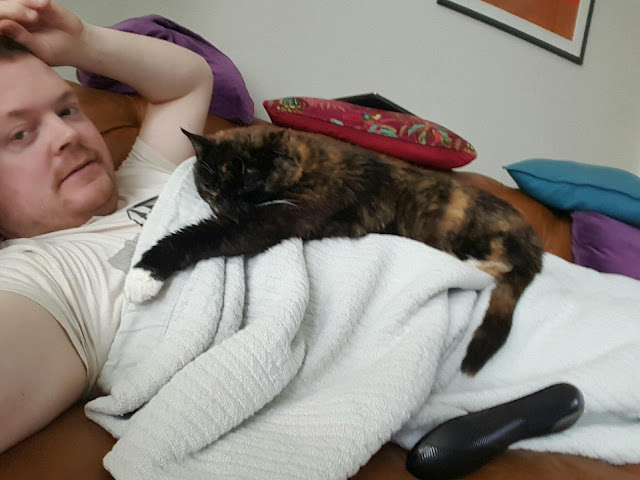 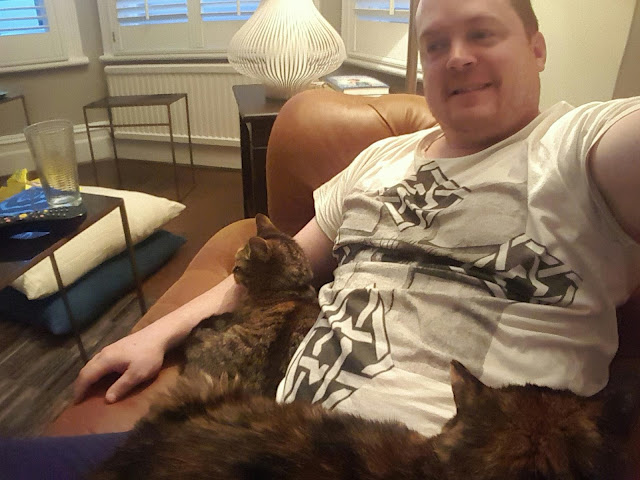 My 30th birthday drinks and bbq. 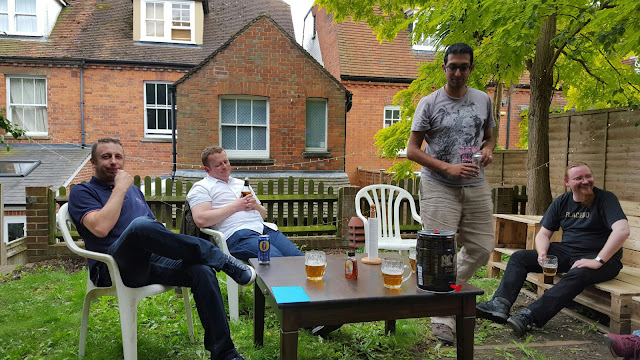 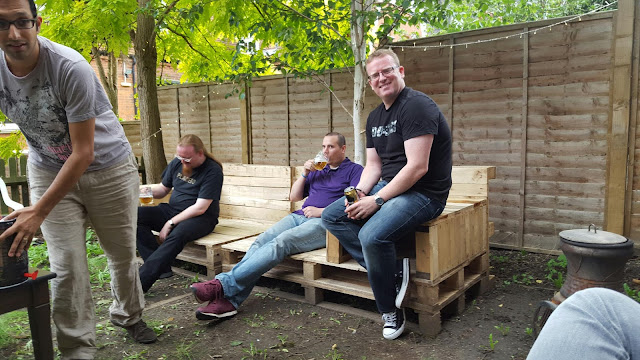 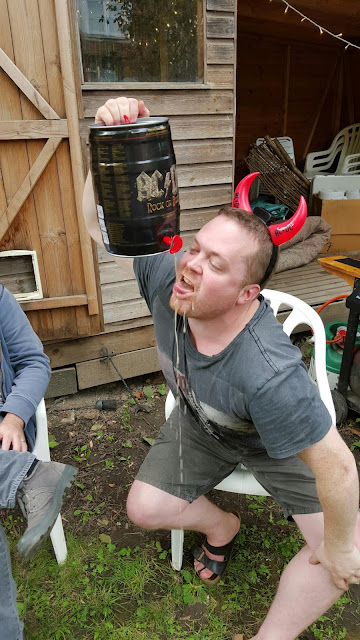 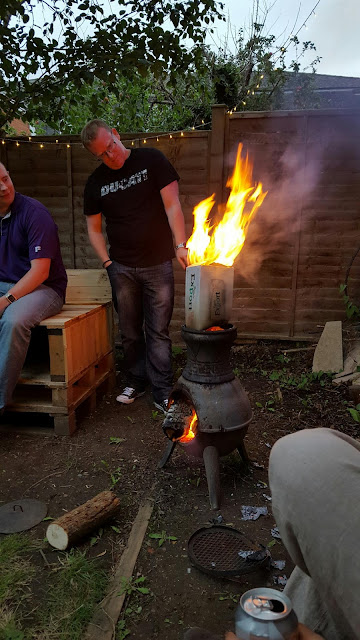 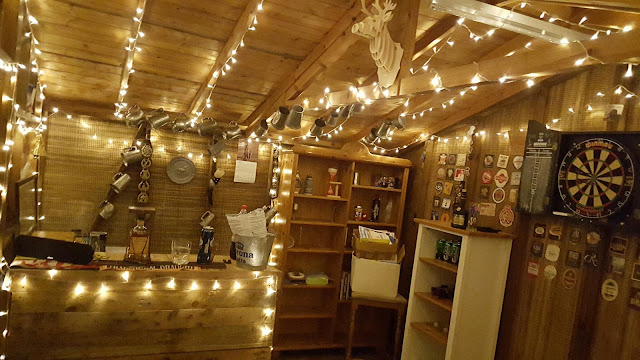 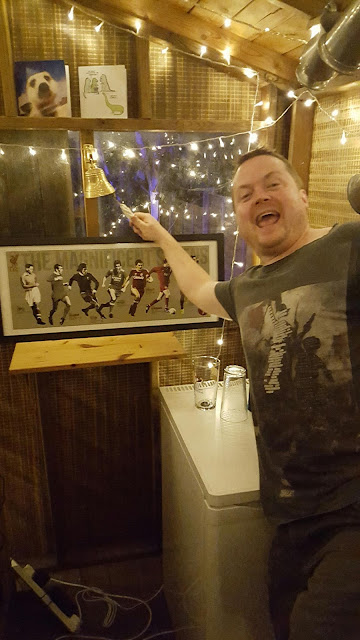