I didn't realise he was 84!
No comments: 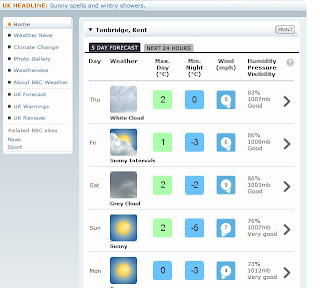 Just found a new podcast called The Infinite Monkey Cage
http://www.bbc.co.uk/podcasts/series/timc
A radio 4 comedy show about science.
"Science/comedy chat with Brian Cox, Robin Ince and guests. Witty, irreverent look at the world according to science with physicist Brian Cox and comedian Robin Ince. New Series starting on BBC Radio 4, Monday November 15th at 4.30pm for 4 weeks."
I only started listening to it properly this morning and it's pretty funny, quite similar to the Museum of Curiosity which i'd seen getting recorded on a couple of times. Unfortunately three quarters of the way through the first episode I was listening to they introduced a new regular guest a stand up mathematician, he also happens to be April's ex husband!  Doh!
Bloody Hell!  At least he wasn't that funny.
No comments:

Marches, walkouts and protest events are also taking place at universities and colleges across the country.

There were 3,000 marchers in Manchester and similar numbers in Liverpool and Brighton and an estimated 2,000 at a protest in Bristol. 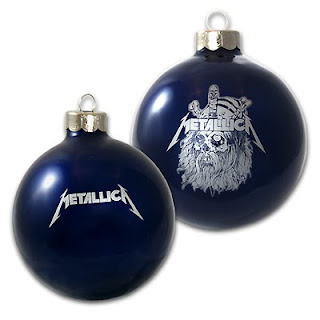 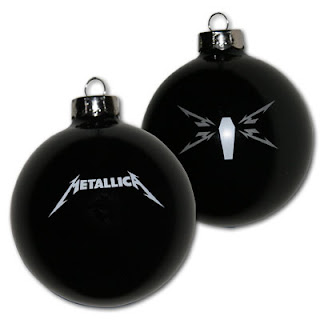 Maybe they're finally pulling their finger out however

After 2 and a half years in Tonbridge I think my morning train was actually in on time today.  It arrived at 8:37.  36mins, in the morning it's usually at least 45 as it's got to come through the congestion at London Bridge.
No comments:

Southeastern's increases were capped at 2% above other firms to take account of extra investment in the region which includes new 140mph trains.

I don't care about high speed trains!  I won't be able to use them.

Helping the minority to hinder the majority 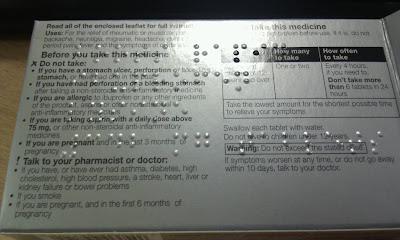 I'm all for helping the disabled integrate more fully into society but by adding braille to the back of medicine boxes so that you can hardly see the words is ridiculous.
Published with Blogger-droid v1.6.5
No comments: 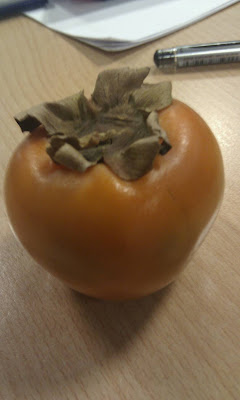 http://www.bbc.co.uk/religion/greatbritishfaith/
10 years ago I filled out the census declairing not only mine but my hole flat's were indeed Jedi.  Where is the recognition?  At least most people have heard of it.
Where did these coem from.  Never heard of them.
Baha'i
Brama Kumaris
Christadelphian
Coptic Orthodox Church
Elim Pentecostal
Huguenot
Inghamite
Lutheran
Moravian Church
Othona Community
Zoroastrian
Even bloody Druid s get a mention!
1 comment:

I'm starting to feel like poor little Macaulay Culkin, April's on yet another course (Monday to Wednesday) and has left me on my own again.  At least I can talk to the cats to keep me company.
No comments: 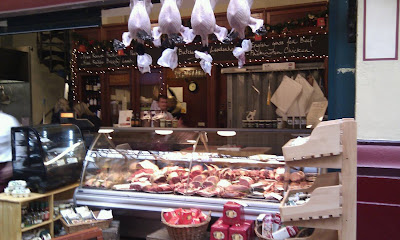 Leadenhall Market butchers with their collection of meat.
Published with Blogger-droid v1.6.5
No comments:

I'm off today with a bloody painful ankle.  My ankle's pretty bad, it's been playing up off and on for 3 weeks after I twisted it playing rugby, but it's always been fine a couple of days later.  It started hurting again last night and this morning I couldn't put any weight on it, so no chance of walking in.  It seems a little better now but I can still hardly walk.  They reckon I've strained some ligaments in my ankle and recomend that I don't walk on it for a few weeks.  I can't see that happening so i'll be in on Monday.

And to top it all off I made myself a cup of tea after finally getting a chance to sit down.   Biscuit the bloody cat drank some.  Lovely.  I think i'll make another.
No comments:

Last weekend I was mostly... 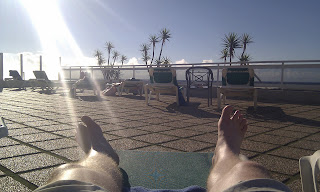 We ended up getting a late deal on an all inclusive place in Tenerife.  The weather was great and we hand a really nice relaxing time.
No comments:

I've just given blood this morning and have come back with a lovely sliver badge.  It was my 25th donation today.  Not bad really, next target 50.  I was a little worried before going in as last time I gave blood I nearly fainted like a girl.  I'm fine today though.

Caught in the act

I left a pub earlier only to remember that i'd left my umbrella, I headed straight back only to find someone leaving with not only one umbrella but two.  The second being mine.  As soon as I saw him with it he handed it straight to me, he must have known it was mine.  What a cheeky git!  I was quite shocked so didn't say anything but wish I did.  What a stealing swine.
No comments:

Isn't Corby great? Have a cheap pizza (you fat bastards)

Who would have though...?

Paloma Faith and Metallica on the same album.  Ray Davis of the Kinks fame. 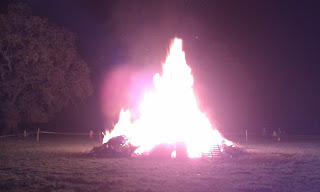 Fireworks and fire at Leigh fireworks.  A good night although I forgot to bring my Welles and the fireworks went on for far too long 30mins.  Good Thai curry afterwards too. 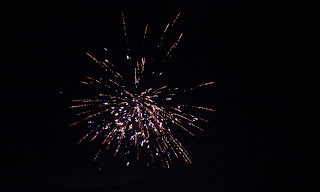 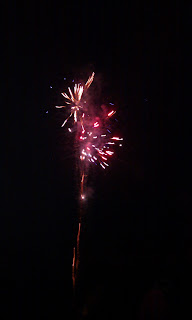 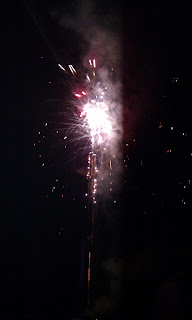 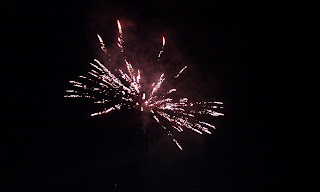 I must have a cold

Football Manager has been available for download since yesterday but I am only just now sorting it out.  Plus i'm out round a friend's tonight so won't get a change to play anyway.  There must be something wrong with me.
No comments:

How times have changed

I remember 20 years ago when I used to go food shopping each Friday night when he picked us up for the weekend, he used to budget £1 per item when going around the supermarket.

We went round Waitrose earlier today and spent two and a half that.  We did pick up a fair bit of wine but Jeez, how times have changed.
No comments:

With holidays, bank holidays, weekends and study days I only have to go into work just over 60% of days.  Not bad really.
No comments:

Why I shouldn't do the washing

Reason no 12:  I put Poppet's blanket in the wash as she was sick on it earlier in the day.  The washing machine now looks like a sheep has died in it.  Oops!
4 comments:

Off ill today, not feeling well

I've had some sort of cold for most of the week but it turned for the worse last night.  A little better today but haven't gone into work.
No comments:

There's a problem with one of the air conditioning units at work and it's been making a high pitched wurring sound all morning.  Not annoying at all.  And to top it off I think i'm coming down with a cold.  Boo hoo!
No comments:

Not sure what it is but I feel really odd today.  Quite stressy in fact.  I woke early at 4:30 this morning and couldn't get back to sleep so that probably hasn't helped.  Every year or so I feel like this and I don't like it.

Even waffles for breakfast hasn't improved my mood.  Off to the gym later so that make kick it out of my system.

Always looking to beat the system

I can now blog at work through the web. Ha, ha! I just opened it through a backdoor. How long till they spot this? As mentioned before, I’ve got my phone back so there’s no way they can keep me quiet anyway.


Always strive to beat the system.
No comments:

Top story, someone dies at roughly the average life expectancy

http://www.bbc.co.uk/news/uk-england-cornwall-11667471
Sad story, but to say that it was directly responsible for someones death who was 59 at the time and who happened to die 16 years later at 75 is stretching things.  Obviously I don't know the whole story (perhaps the bbc should report it), but this does seem odd.
No comments: