The Cloud is alive

It's been a while since I've seen this guy.  We thought he might have retired or died. We used to see him in London Stone where he'd then up at about 6:30 and proceed to neck a pint in under 5 mins before leaving to catch his Cannon Street train.

Why is he called the Cloud (or clown according to James)? Look at his hair for Christ sake. 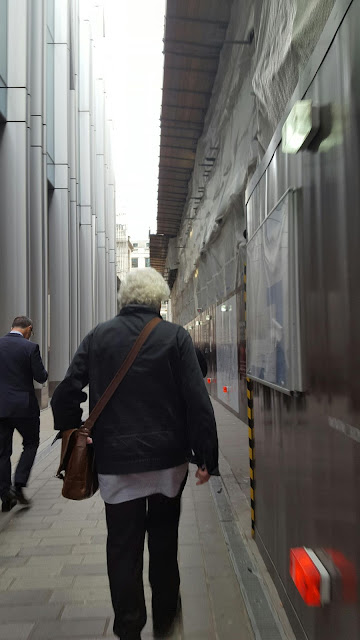