April was out quizzing yesterday (they won, 2nd time in a row) so I had the kids.  Unfortunately the Liverpool Chelsea game overran so Flo went to bed half an hour later than usual as.  She didn't want to watch the penalties so played some games on her tablet instead. 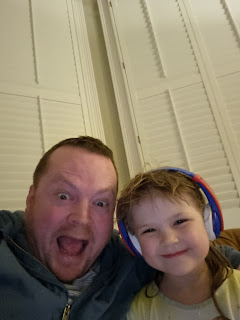