I watched the Champions League final on Saturday afternoon in an Irish sports bar 2 mins from my apartment.  I got there 30 mins before kickoff and a good thing too.  By the time of kickoff the place was rammed and every screen in the place had the game on.

The atmosphere was great with most of the customers supporting Liverpool. 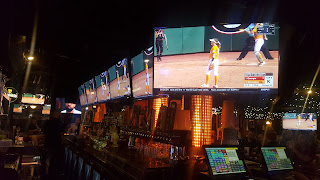 I thought we had a chance at one point but when Salah got injured part way through the first half the signs were there that it was not going to be our day. We did well coming back to 1-1 and then there was nothing we could have done about Bale's first goal.  2 of the other goals however were ridiculous.  Karius has been fine all season but nothing spectacular, he made one terrible mistake by gifting Benzema with a goal and then totally misjudged a speculative shot and let it in.

He wasn't solely to blame, and lets give Real Madrid some credit, afterall they are a very good side.  It's been an exciting year as a Liverpool fan.  Well done lads.  Now where's that reload button? 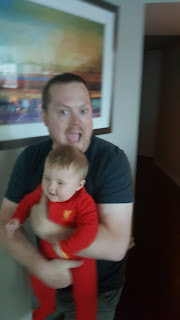