It took us over 5 hours to get back home on Sunday morning rather than the usual 2.  We had to do a couple of stops to feed the baby but the rest was caused by the snow and probably more importantly idiot drivers int he snow.

We were stuck on the A14 for nearly an hour at some point where up to 10 lorry drivers either couldn't get up a hill or had already crashed / buckled their wheels.

We actually saw two crashes live.  One was fairly amusing where we were finally pulling away (at 2 miles an hour) from the latest row of stationary lorries and the chap directly behind me decided to pull out and try to overtake in the lane that hadn't been driven on (6 inches + of untouched snow and ice.)  All we saw was him slowly sliding towards the ditch that he eventually crashed into.  Dick.

Some poor AA driver probably had to get out and retrieve him.

All was good in the end though when April made it back home to her carol singing (that she'd put on) with 15 minutes to spare. 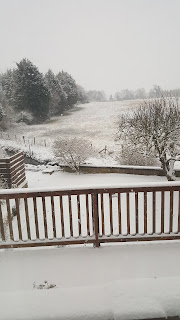 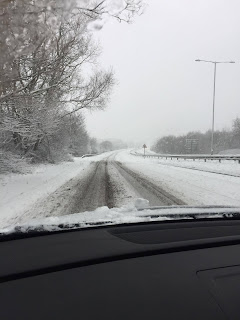 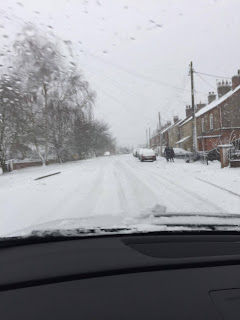 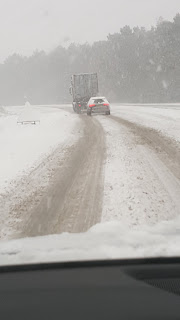 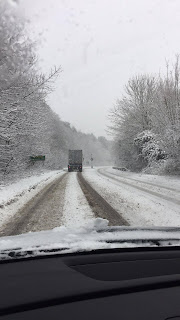 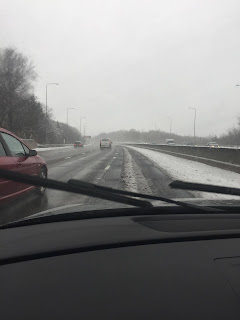