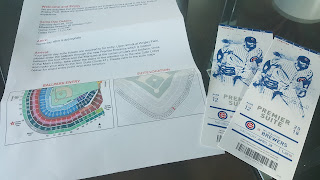 I've never watched baseball before but it's a fairly simple game, at least for the layman (which I certainly am) 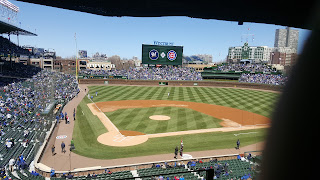 We had very nearly the best seats in the house, certainly better then the guys you can see at the back, stands have been build on top of apartment blocks outside the stadium.  It was probably around 5 degrees C yesterday and that didn't include the chill factor on a fairly windy day.  Brrrrrr 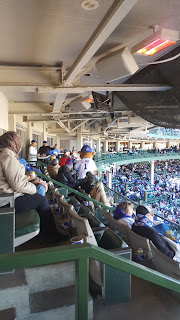 The mascot was called Clark, probably not named after me, more likely that the Wrigley Field is on Clark Street, but you never know. 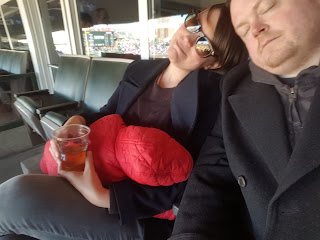 I think it finished 5 nil.  Joking aside it was good fun.  A little weird sharing the box with 16 friends of a very senior chap at April's work but hey, there was free beer and hotdogs.

I'm due to go and see the White Socks (another Chicago team) in a couple of weeks and back to see the Cubs in August.  You never know, I may get into it.