After our walk on Sunday April was getting a little bit antsy ( you were honey) so we eventually picked this place http://zed451.com/

It was a fairly posh all you can eat Brazilian brunch.  And very nice it was too. 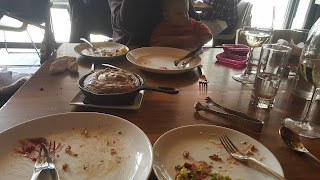 You could go up as many times to the salad and cured meat counters (starter, small plate), but then you're given a big plate (Alan Partridge style) where waiters come round with various cuts of mean on skewers where then carve bits off for you.  The also do below which although was very nice shouldn't exist. 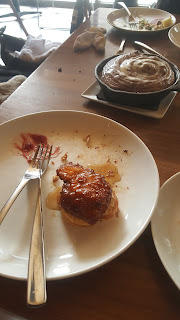 Buffalo wing chicken on a waffle with syrup(???)

It ended up costing a lot more than we initially wanted to spend buy hey ho, it's only money.