Well, the first week has been and gone

And we all seem to still be alive and well. 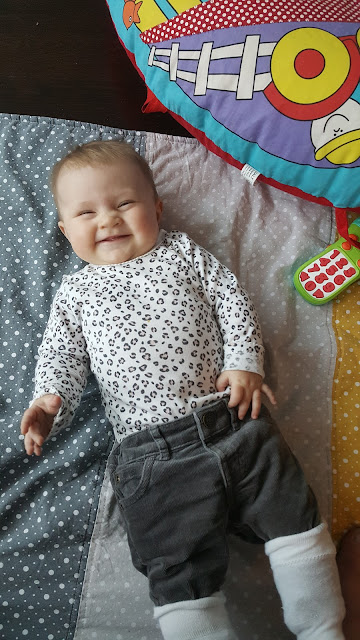 It's tough work looking after a baby full time but think i'll just about cope, after all it's only 5 months.

I've done a lot of walking during the day and have managed to catch up on a lot of podcasts.  Florence generally sleeps whilst in her pram but when she's not she's quite happy to have a look around Chicago's streets.

There's a point at around 4 or 5 where she starts to get a bit restless during play but have managed to calm her down by shoving a bottle in her face or feeding her some food.

Sleeping wise she's still a bit hit and miss but more hit these days.  Saturday night she did nearly 9 hours without a feed although this was broken up by a very heavy nappy change.

Overall i've really enjoyed my first week with Florence but it's also a great feeling when I know April's on her way home and I can hand her over for a little bit of rest.