We were due to have friends over in the garden to watch the football on Saturday.  I spent a good hour and a half trying to get the BBC on a TV out there.  There's the big (old) one that I usually use but couldn't get the screen sharing from my surface pro to it using hdmi cables to work (had previously).  I also couldn't get high enough quality casting from google chrome to my chromecast.  In the end I moved the front room TV up and directly connected it to the internet with an ethernet cable.  It already had iplayer installed so worked in beautiful UHD.  That was until the game started and we heard a big cheer from next door's house.  2 minutes later we saw the goal!  There was a massive delay.  Even my friend Jono's friend based in the Dominican Republic of Congo got the goal before we did!  We tried restarting the programme but then it would only go to HD.  The result was the same we had a 2 minute delay.

It was still a good night.  Including de-pootubing 5,000 prawns for the salt and chilli prawn dish we served before the game.

We're going to watch the semi either from a roof top aerial or from a digital box. 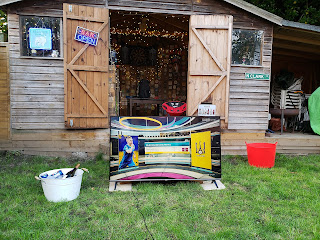 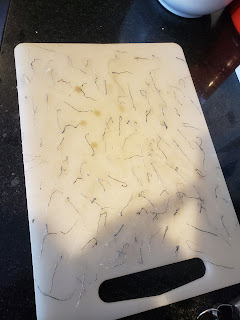 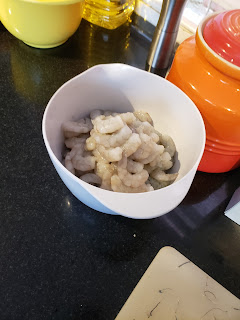