After a non spectacular playing career in his home nation of Germany the media were perhaps surprised to see the announcement of Sturgen Klarpp taking on the vacant managers position at Danish side FC Nordsjælland. 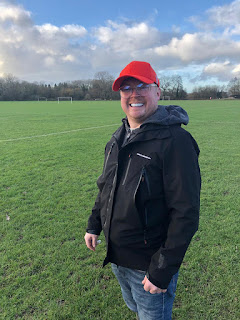 Introducing the new manager at Right to Dream Park

Sturgen Klarpp had to hit the ground running however, the board had given him a target of a top half finish with the additional requirements of use the team's well established youth system and only signing players under the age of 23. A tough ask as after a quick glance through the team's roster there were many holes to fill.

Klarpp signed 3 players in the transfer window, 2 young stars for the future that showed signs of promise during trials and the aging Spaniard Raúl Rodríguez (32).  Despite the board not wanting signings over the age of 23 Klopp snapped up the central defender on the free.

The old adage you can't win anything with kids was certainly on the bookies minds as they gave the team a 25-1 of topping the league at the end of the season.

An away draw in the first game of the season against AGF gave the new manager much room for thought and tweaked his formation from an attacking 4-3-2-1 to a slightly more defencive wide 4-1-2-2-1.  This gave the team a more solid platform to build up attacks from the back and then hit the opponents with a speedy attacking front 3 of Atanga, Sulemana and Amon.  2 of which were excellent recruits by previous managers from one of the clubs many feeder teams.  They were from the Right to Dream Academy in Ghana. 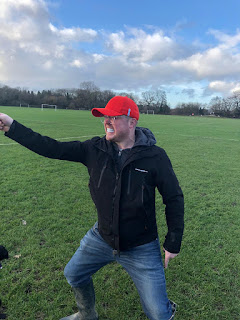 Chastising a player for not tracking back

The change in formation lead to 5 straight wins followed by a draw with the league favourites.  6 more straight wins and two cup wins later Nordsjælland were looking good, leading the league at the winter break.  It wasn't to be though as 3 losses and 2 draws in the last stages of the preliminary phase meant they had to catch up a deficit of 4 points in the Championship group where the top 6 sides in the league would play off against each other for the title.

Klarpp's team were knocked out of the Sydbank Pokalen quarter final by a spirited AGF, it was a frustrating time but it did mean they could then concentrate on the league but after a valiant effort it was not to be and they dropped out of the running shortly afterwards and finished the league 10pts behind the eventual winners FC København.

2nd place was certainly deemed a very successful season however and Klarpp was offered a new contract to extend his stay and challenge for the title proper in 21/22 and chance his arm in Europe with a Champions cup 2nd round qualifying position.

His performance was also noted by the other managers in the league as he was voted the Danish manager of the year award.

One particular highlight of the year was a 9-0 victory over Lyngby.

Klarpp celebrating the 9-0 victory over Lyngby with the fans.